Papal Cream Cake is also known as Papieska Kremowka which is a name coming from Polish. There is nothing strange about the fact the root of the dish comes from Poland since it became one of the most popular Catholic desserts due to Pope Saint John Paul II who was Polish. This dessert that has a form of puff pastry with the filling of sweet cream was the most favourite sweet treat of the Polish Pope. Actually, rumour has it that the pope even organized a special competition in eating this delicacy with his friends dedicated to the end of his high school education.

You can even think about this as of a proof of Catholics not being so boring about food as it might seem to other people.

In fact it is a bit difficult to speak about the religious meaning of candy canes since the history of this popular Christmas sweet treat is not well-known to us. Yet, there were some interpretations of this treat according to the Catholic religion and it is quite possible they do make sense.

One of them tells that initially candy canes used to have a shape of a straight stick, however, they were bend in order to become a religious symbol. There actually two symbols at the same time. The first one is letter J itself which certainly stays for Jesus. The second one is the symbol of the staff used by shepherd’s which also has a common meaning since Christ is usually referred to as the Good Shepherd.

Furthermore, the colours of this sweet treat have their own significance for the religion. While red stripes are symbolising Precious Blood, the white stripes of the cane are representing the wounds of Christ.

If you are a Catholic coming from a country where pretzels are not especially popular, you might not be aware this common food also has a religious meaning. According to some historical accounts, the specific shape of pretzels symbolises hands crossed on the chest in pray. Historically, this food was usually given to children learning prayers.

There is even deeper symbolism in this simple food such as the gratitude for everything a person receives. 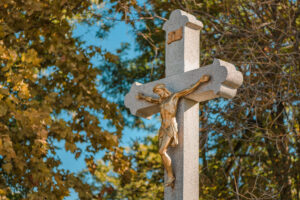 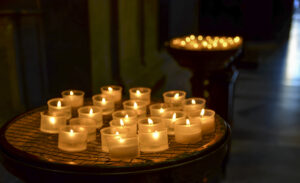